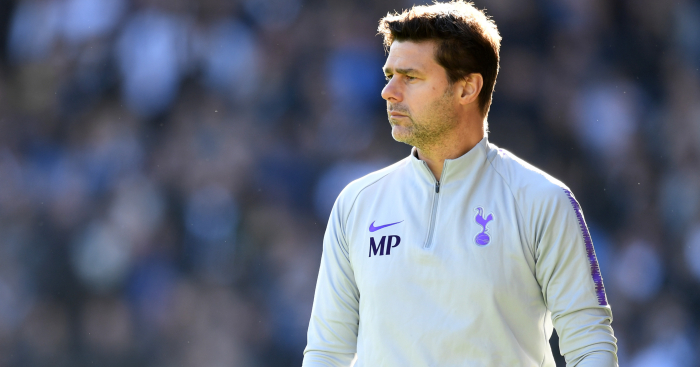 Tottenham Hotspur manager Mauricio Pochettino has confirmed that Dele Alli was substituted at the half-time interval as a precautionary measure following a reckless challenge from Everton goalkeeper Jordan Pickford which rather went unpunished. The England international has been in fine form during the festive period and he scored for the second game on the bounce after grabbing the second goal in the thumping 6-2 win over the Toffees on the road.
Speaking after the game, Pochettino was asked whether Alli had sustained any significant injury after the needless tackle from Pickford but the Argentine happened to ward off suggestions by saying that the substitution was just precautionary and he is optimistic that the attacker would return to action for the forthcoming league clash versus Bournemouth.

? Mauricio on @dele_official: “I think he’s going to be okay and we hope it’s not a big issue, but we need to assess him tomorrow.” #COYS pic.twitter.com/70m4yhxCfE
— Tottenham Hotspur (@SpursOfficial) December 23, 2018

Just a few weeks ago, Spurs had found themselves dropping outside of the Champions League position after the defeat at the hands of arch-rivals Arsenal on the road but they have since bounced back tremendously. Pochettino’s side have secured in each of the previous four Premier League matches and this has brought them right into the title mix with just six points separating them from table-toppers Liverpool.
Meanwhile, the north London club have also progressed to the semi-final phase of the League Cup after getting the better of fierce rivals Arsenal during the second meeting of the month while also progressing to the Champions League knockouts on the head-to-head record over Inter Milan despite being on the cusp of elimination at one stage.
Next up, Spurs are scheduled to face Bournemouth at the Wembley Stadium on Boxing Day and they should fancy another triumph over the Cherries, given the impressive run of form over the past few weeks. Pochettino’s side have a strong record against the Cherries since the latter’s top-flight promotion and they have dropped points on just the one occasion in 2016 – a match which finished in a 0-0 draw.
Previous articleArsenal star has so far been the best signing of this season
Next articleChelsea should aim to sign Brazilian winger