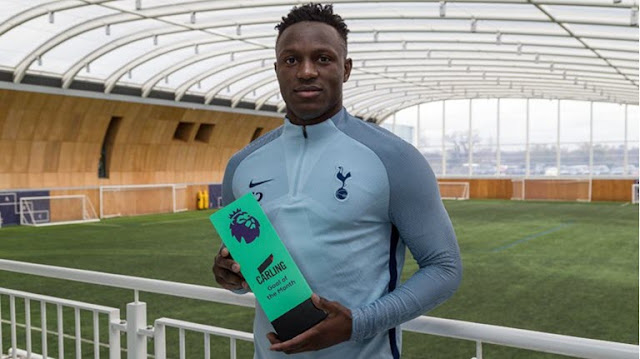 West Ham United are one of the clubs who have been on the up during recent times. After losing their opening four games of the season, many would have expected that the Hammers would have been set to undergo yet another season of frustration.
However, following a recent set of good results under the guidance of veteran manager Manuel Pellegrini, the East Londoners can now set themselves a realistic target of claiming European football for next season.
The Hammers have a lot of talent within their squad and can certainly win a place in Europe if they play well and have a bit of luck on their side. However, they do have a number of injury prone players within their squad such as Manuel Lanzini, Michail Antonio, Marko Arnautovic, Andy Caroll and Jack Wilshere.
Pellegrini would certainly improve his sides chances of qualifying for Europe if he adds more depth to his squad. One of the players whom the Chilean should push to sign in January is Tottenham Hotspur defensive midfielder Victor Wanyama.
A report published by The Daily Mail has claimed that the Kenyan international is one of the players whom Spurs could look to offload during the January transfer window. Wanyama has plenty of experience playing in the top-flight and could be a good partner to Declan Rice in the midfield for the Hammers.
The Hammers would become an even more fearsome side if they do manage to add Wanyama – who earns £26,000 per week as salary, according to Spotrac.com – to their ranks. He may have fallen out of favour at Spurs but he’s still is capable of starting for most clubs in the Premier League.
Previous articleAston Villa must target talented League one striker
Next articleMarcelo Biesla dealt transfer blow: Leeds United target not for sale