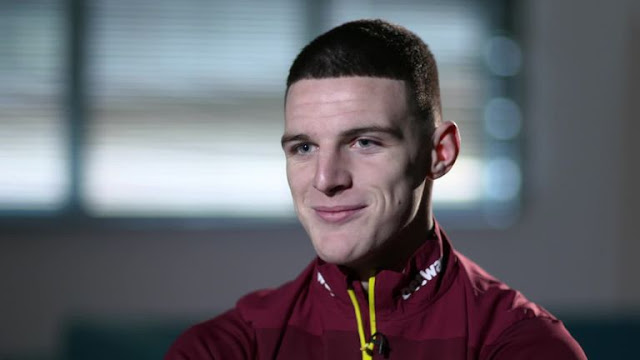 West Ham midfielder Declan Rice is reportedly set to snub the England national team and instead commit his international future to the Republic of Ireland.
The 19-year-old looks like he has a bright future ahead of him and has already established himself as a first-team regular within the Hammers squad under Manuel Pellegrini this season. Though born in London, England, Rice has represented the Republic of Ireland at levels ranging from U-16 to senior level.
He has appeared twice for Ireland in friendly internationals but asked not to be included in the squad for their recent competitive fixtures as he was still deciding who to represent. FIFA laws dictate that a footballer becomes illegible to represent another nation once they have represent one nation in a competitive encounter.
Therefore, Rice was still eligible to switch allegiance to England as he had only represented the Republic of Ireland in friendly international games. Three Lions manager Gareth Southgate was set to be interested in including Rice in his future plans.
However, a report published by The Irish Times has now claimed that Ireland manager Mick McCarthy is convinced that the youngster will commit his international future to the Irish. As Rice has never represented England and has represented Ireland at various youth levels, one would imagine that he would feel more connected towards the Irish.
However, the prospect of playing for the English who are one of the most exciting youth team’s in World football would also be something that would be appealing and hard to turn down.
Previous articleCrystal Palace must aim to sign Everton speedster in January
Next articleSouthampton must seek to sign former star