What can we expect from the North London derby 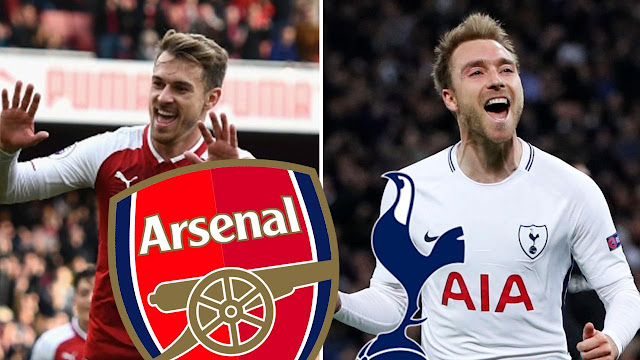 Arsenal and Tottenham play in the North London derby on Saturday. The game promises to be a great encounter and will feature two teams who are in good form playing against each other.
Spurs head into the encounter in third position on the League standings with 30 points from the 13 games that they have played while Arsenal are in fifth position with 27 points from their 13 games.
The Gunners have improved significantly since Unai Emery became their manager. They are unbeaten in 18 games. Spurs meanwhile will head into the game on the back of two wins after defeating Chelsea in the League last weekend and following that up with a 1-0 Champions League victory against Inter Milan this week.
Mauricio Pochettino’s side has dominated the recent Premier League games between the two sides. The Gunners have won just one of the last top-flight encounters that the two teams have played against each other with that result coming at the Emirates last term.
Though these are two top team’s facing off against each other, Pochettino’s side will go in as the slight favourites. In addition to dominating the recent games between their opponents, they have also won their last six games in all competitions.
During the same period, Emery’s side has managed to win three and draw three of their games. Players to watch out for from Spurs are Moussa Sissoko and Christian Eriksen.
Speaking ahead of the game, Pochettino said as quoted by Sky Sports:
“It is important to build that confidence, to trust in the way that we play.”
“But the derby is always a different game and our approach will be different. We know very well what it means for our fans and we hope to be at the level that we expect.”
Previous articleSpurs boss Pochettino makes revelation which will upset fans
Next articleLedley King: This Tottenham side can challenge for the Premier League title