What lies ahead for Jose Mourinho? 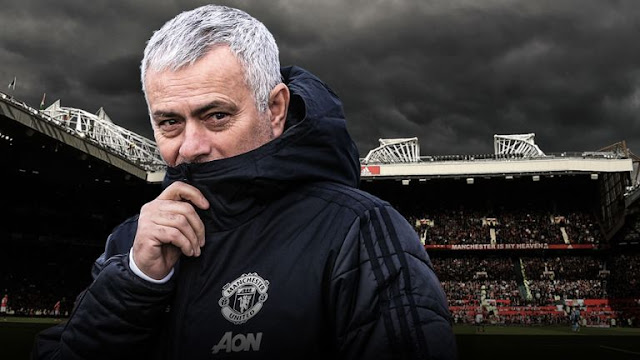 Jose Mourinho was sacked as manager of Manchester United on Tuesday. The three season curse of the self-proclaimed “special one” continues as he departed from yet another club during his third season in charge.
It remains to be seen what lies ahead for Mourinho but it is hard to see the 55-year-old leaving management altogether. He still has another good 15-years of football management left in him and surely Mourinho will want to return sooner rather than later due to his competitive spirit.
Mourinho has won the Champions League more than once and has won trophies in Italy, England, Portugal and Spain. Despite his recent setbacks, he is still regarded as one of the best tacticians around and clubs will surely be after his signature soon.
Below are some possible future destinations for Mourinho:
One of the Chinese Super League teams
If Mourinho fancies a break from the stress involved in managing an elite European club, he could just go to China for a while. Other notable managers including Luiz Felipe Scolari, Fabio Capello and Manuel Pellegrini have all managed in China in what turned out to be financially lucrative deals.
The Chinese will also be after the signature of Mourinho as he could bring further exposure to their league.
Bayern Munich
Niko Kovac has struggled to achieve consistency since being appointed as manager of the German giants last summer. Bayern have won the past six Bundesliga titles but they are struggling this season. They are currently nine points adrift of first placed Dortmund and if things carry on this way, they may have to focus on claiming a Champions League qualification spot rather than concentrating on trying to win the League. This is unacceptable by their standards.
After enjoying success in England, Spain, Italy and Portugal, Mourinho may also fancy a stint in the Bundesliga if Bayern do approach.
Inter Milan
Mourinho previously managed Inter from 2008-2010. During that time, he transformed the Italian club into one of the best in the world as they went on to win two Serie A titles, the Coppa Italia and the Champions League. Since then, the club has struggled for consistency. Luciano Spalletti failed to guide Inter into the knockout stages of the Champions League this season so they could just fancy a managerial change soon.
Real Madrid
Madrid look to be a shadow of the team that they were last season following the departure of Cristiano Ronaldo to Juventus. Madrid President Florentino Perez reportedly wants Mourinho to make a return to the Santiago Bernabeu.
Mourinho previously managed Madrid between 2010-13, guiding the club to one La Liga title and the Copa del Rey. Though Santiago Solari was appointed as manager of Madrid on a three year deal, the Spanish giants will not hesitate to make yet another managerial change if consistency is not achieved.
Previous articleLiverpool: Fabinho reveals who he thinks is the best goalkeeper in the Premier League
Next articleBrighton set to be without key player