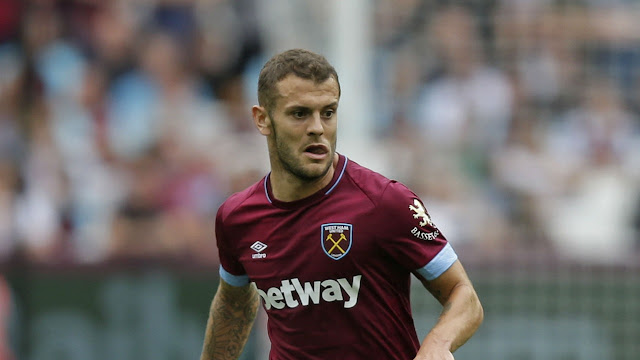 Jack Wilshere has taken to social media platform Instagram to comment on former club Arsenal’s weekend victory over North London rivals Tottenham Hotspur. The Gunners recorded a 4-2 victory over Spurs last weekend to move into third place on the League standings.
The victory would have been a major morale-boost to the Gunners especially as it came against one of their arch-rivals as well as one of the Premier League’s top sides. The victory puts Unai Emery’s troops level on points with Spurs but ahead on goal difference.
Wilshere wrote on Instagram that Arsenal’s victory over Spurs was ‘never in doubt’. Even though Wilshere had to leave Arsenal last summer and join West Ham, he still feels a very close connection to his former club especially so as he is a product of its youth academy. Wilshere was a few years ago regarded as the future of English football.
However, recurring injury problems have curtailed his progress as a player. He reportedly had been hoping to stay at Arsenal beyond last season but had to leave after Unai Emery refused to give him assurances over first-team football during the post Arsene Wenger era.
Wilshere’s start to life at the London Stadium has also so far not gone according to plan and he had to miss out on competitive action during the last two months due to injury. He made a return to action last weekend during the Hammers impressive 3-0 win against Newcastle and even managed to get an assist to his name.