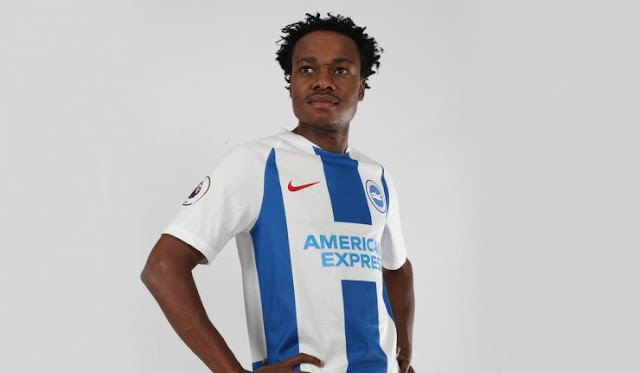 Last summer saw Brighton and Hove Albion secure the future of South Africa’s Percy Tau. The 24-year-old arrived from Mamelodi Sundowns and is regarded as being one of the best players from the South African national team. Tau is definitely capable of playing in the Premier League.
However, as he had never before played in Europe and as South Africa are ranked at 72 on the FIFA World rankings, the Seagulls could not obtain a work permit for him immediately and therefore they could not integrate him into the first-team.
Chris Hughton’s side had to instead loan him out to Belgian club Union Saint-Gilloise. Tau has so far been impressive for Union in the Proximus League and has gone on to so far play in 20 games in all competitions, scoring several goals and providing six assists.
For the South African national team, the Witbank born Tau has so far managed 16 appearances and scored several goals. One of his goals came last November during Bafana Bafana’s 1-1 draw with Paraguay in a friendly international.
With Glenn Murray now being 35-years-old, the Seagulls will need to look for a player who can provide competition to the veteran with a view to ultimately becoming his successor.
Tau fits the bill. He is a gifted forward who could develop into a player who is capable of scoring in the English top-flight on a regular basis with the right guidance.
Previous articleSpurs boss Pochettino speaks on future of linked away striker
Next articleWest Ham United boss updates on Marko Arnautovic’s fitness ahead of Arsenal game

Dangerous times for Brighton, but can troubles be blamed on one specific thing?

Going into the final months of the season, Brighton & Hove Albion find themselves in a desperate battle to retain their Premier League status....
Read more