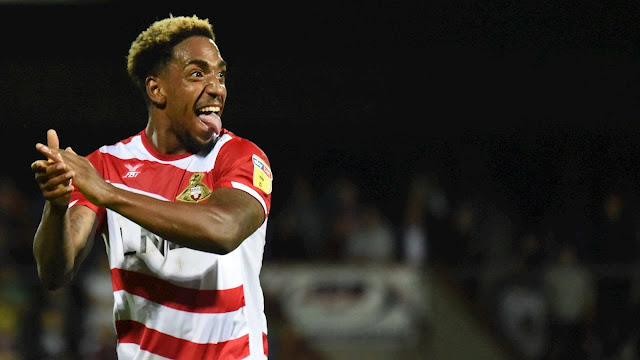 Doncaster Rovers boss Grant McCann has urged youngster Mallik Wilks to find consistency during the second half of the season.
Wilks who is on loan with Rovers from Leeds United was impressive during the first-half of the League One season. He has so far played 26 times in the third-tier this season, registering several goals and five assists.
As a result of his impressive displays, Leeds rewarded the 20-year-old with a new three-and-a-half year contract. He will now remain at Elland Road until 2022.
Wilks has shown his potential during Rovers last two games as he found the back of the net during their 3-1 away victory against Gillingham and churned out a man of the match display during their 5-0 mauling of Rochdale.
Wilks may not yet be ready to play on a regular basis for the Whites. However, he has proven that he has a bright future ahead of him. The Whites could be set to make a return to the Premier League next season for the first time since 2004.
Wilks has shown signs that he could potentially develop into a Premier League level player in terms of quality in future years to come. Handing him a new contract was a good move from the Whites hierarchy. McCann has encouraged Wilks to maintain consistency.
As quoted by The Doncaster Free Press, he said:
“He’s got to be consistent.
“I think he’s had two very good performances in a row now – at Gillingham and against Rochdale. He’s got to do that.
“He can be anything he wants to be, can Mallik.
“When he plays like that he’s so hard to play against. He’s strong, he’s quick, he’s direct.
“He can shoot, he can cross as he showed on Tuesday for Alfie. He’s working on his right foot a lot now and he’s a lot more confident going down the outside and crossing with his right foot.
“We’re working with him, as we are with all the younger ones and trying to improve them to the best he can be.”