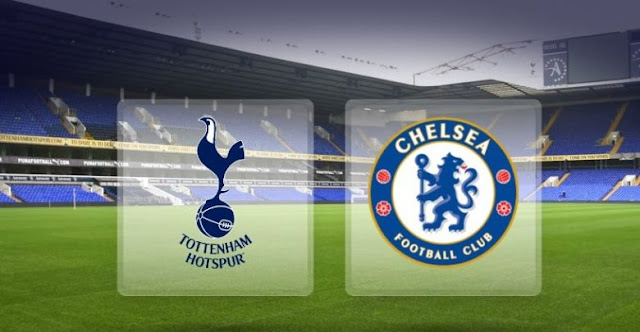 Chelsea are at the Wembley Stadium for the League Cup semi-final first leg against Tottenham Hotspur. The Blues suffered a forgettable 3-1 defeat in the London derby earlier in the campaign but they have the opportunity to make amends on Tuesday night. The west London side come off a 2-0 triumph over Nottingham Forest in the FA Cup third round.
Formation: 4-3-3
Predicted Lineup:
Kepa Arrizabalaga was rested for the FA Cup game over the weekend but he should return for the derby where he would be making back-to-back appearances in the League Cup. In the defence, Maurizio Sarri should resort to the preferred defensive combination from the Premier League and this should witness Cesar Azpilicueta and Marcos Alonso in the right and left-back positions respectively while Antonio Rudiger and David Luiz should occupy the heart of the backline.
Likewise the midfield should witness the returns of Jorginho and N’Golo Kante to the starting lineup and they could be accompanied by Mateo Kovacic, who has been regularly fancied ahead of Ross Barkley for a starting role.
Moving ahead, Eden Hazard should unquestionably feature from the off on the left side of the attack and we are fancying Willian on the opposite end with the Brazilian having only sustained a minor knock during the goalless draw versus Southampton last week.
Upfront, Alvaro Morata should reclaim his position after bagging a second half brace against Nottingham Forest. The Spaniard’s future has been up in the air over the past few weeks but he should nonetheless feature with Olivier Giroud just returning after his hamstring problem. The Spaniard has netted once from three meetings versus Spurs.
Predicted Chelsea lineup (4-2-3-1): Kepa Arrizabalaga, Cesar Azpilicueta, David Luiz, Antonio Rudiger, Marcos Alonso, Jorginho, N’Golo Kante, Mateo Kovacic, Willian, Eden Hazard, Alvaro Morata