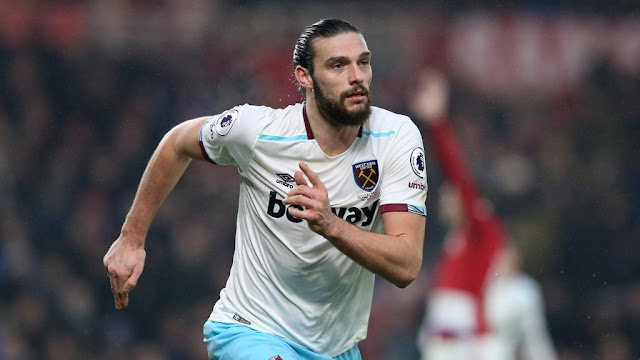 West Ham United manager Manuel Pellegrini has said that he is pleased with the performance of Andy Carroll during the club’s 2-0 FA Cup triumph over Birmingham City in the FA Cup third round.
The England international was an early substitute for Marko Arnautovic during the first period and he made the opportunity count by scoring the club’s second goal and his first since the start of the campaign.
Speaking after the game, Pellegrini indicated that he is happy with the showing of Carroll and believes the marksman can be one of the best, should he play to the best of his abilities. He added to suggest that the Englishman is clearly content at the club while stating his belief that the 30-year-old won’t be sold during the winter transfer window.
“We are very happy with how Andy played. If you review his game, he scored, his play was good. I never had any doubt Andy Carroll wants to stay here. He is happy here, he wants to play for the Club, he is happy in London and he doesn’t want to go anywhere. I think if he recovers his shape and continues working every day of the week without any injuries there are not too many players with his quality,” he told the club’s official website.
The current campaign started in the worst possible way for the former Liverpool man after he was sidelined with an ankle injury sustained during pre-season. As such, he could only make his first appearance of the season during the month of December and he has since managed just the single start despite the recent injuries to Javier Hernandez and Arnautovic.
On Saturday, West Ham are scheduled to entertain Arsenal in the Premier League at the London Stadium and the match could witness Carroll have a greater impact, given his good scoring record against the Gunners. The experienced striker has netted five goals from 11 meetings against Arsenal and this includes the sublime hat-trick during the 3-3 draw at the Boleyn Ground three years ago.
Previous articleTottenham eyeing swoop for world class €65m-rated – reports
Next articleCrystal Palace looking into loan move for in-form Chelsea striker