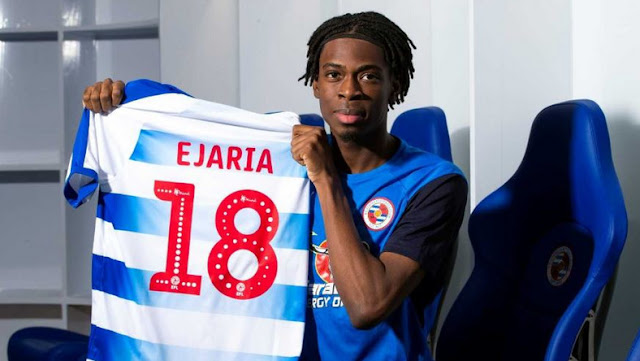 Liverpool youngster Ovie Ejaria secured a loan spell with Steven Gerrard’s Rangers side last summer. Expectations were high for the England U-21 international.
Things however did not go according to plan. The 21-year-old did manage 14 Scottish Premiership appearances for the Gers and scored one goal. However, he began to fade during the latter part of his spell and the loan deal was subsequently cut short this month.
After being recalled to Anfield, Ejaria has subsequently been sent on loan to Championship strugglers Reading for the rest of the season. The Royals are currently languishing in 23rd position on the second-tier standings this season and it will be hard to see them not handing Ejaria regular first-team opportunities between now and the end of the season.
As quoted by the Reading website via HITC, Ejaria said that he is determined to deliver good performances for the club during the rest of the season. He also spoke of his experiences working under Gerrard. Even though the loan spell did not go according to plan, he still has positive feelings towards the Liverpool icon turned manager.
Ejaria said via HITC:
“I’ve played quite a few games now on both of those loan spells, they have benefitted me and I can take those experiences into this one.
“He (Steven Gerrard) is a very good manage and I’m grateful for the opportunity he gave me.”
Ejaria joined Liverpool from Arsenal in 2014 as a youth player. He was integrated into the Reds first team in 2016 and has so far managed eight appearances for them in all competitions.
Previous articleReport: Newcastle United turn down offer from West Brom for 23-year-old midfielder
Next articleTottenham eyeing swoop for world class €65m-rated – reports