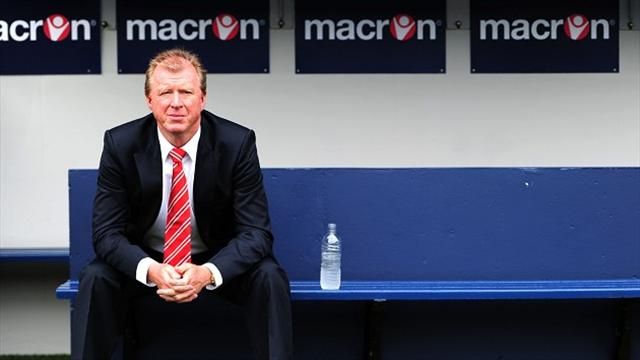 Queens Park Rangers boss Steve McLaren has predicted that Aston Villa will finish in the top six of the Championship standings this season and qualify for this season’s promotion-playoffs.
Villa started the season in sloppy form and this eventually led to the sacking of former boss Steve Bruce. Following the hiring of Dean Smith as the club’s new manager, they have been rejuvenated and can now seriously challenge for a place in the top-six.
Since Smith was appointed as manager of the Villains, they have only tasted defeat three times. Two of the losses were understandable as they came against the likes of Leeds United and Norwich City respectively.
McLaren’s QPR will play against Villa on new years day in what will be an important game for both sides. Both teams are in similar positions on the Championship standings as they are currently in eighth and ninth respectively.
QPR come into the game with better form. During their past four games, the R’s have won three games and then drew their last against Reading.
During that same period, Villa have just one game against Swansea, while drawing against Stoke City, Preston North End and tasting defeat at the hands of Leeds United.
Speaking ahead of the game to QPR’s official media, McLaren made an exciting prediction for Villa fans and said:
“Villa will be in the top six come the end of the season without doubt.
“This is a great game for us to kick off the New Year but we know it is going to be a very, very tough one.”