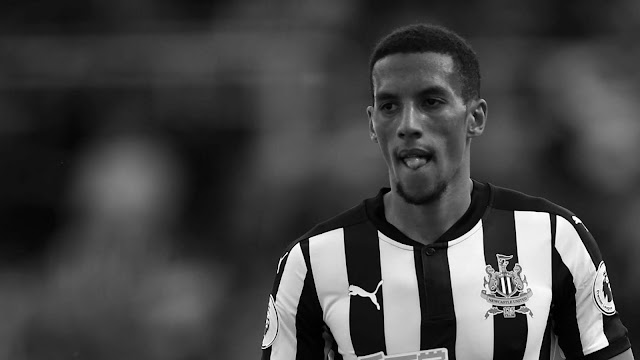 A report published by The Express and Star has claimed that Newcastle United have turned down an offer from Championship club West Bromwich Albion for former Arsenal midfielder Isaac Hayden.
The 23-year-old Hayden has struggled for regular game time at the Magpies this season as he has only managed to make eight Premier League appearances.
The player is reportedly willing to leave the club but manager Rafael Benitez will not allow a departure to take place unless he is able to find a replacement.
The Baggies are currently in fourth position on the Championship standings and are looking to add reinforcements to their side this month as they look to bolster their chances of winning promotion next term.
Since joining the Magpies from Arsenal in 2016, the Hayden has gone on to make 68 appearances for the club in all competitions, scoring three goals.
As Hayden has indicated a desire to leave St James Park, it may be hard for Benitez to get the best out of him in the long-term as he may not be as motivated as he would be if he were playing in an environment where he was completely settled.
However, it would be a huge mistake to sell him this month if a replacement cannot be found. The Toon Army are just two points clear of the relegation zone as things stand.
Newcastle need as many resources as they can get between now and the end of the season as they look to avoid the drop zone.
Previous articleLeeds United centre-back leaves on loan
Next articleOvie Ejaria reflects on working under Steven Gerrard

New owners took over Newcastle United in October 2021, which then increased the excitement level of the fans by dreaming of many new signings....
Read more
Newcastle United

Newcastle United are close to signing Ryan Fraser this summer as they have reportedly agreed terms with the player. According to Sky Sports, the...
Read more
Borussia Dortmund

Newcastle United manager Steve Bruce is interested in signing Spanish striker Paco Alcacer in this transfer window, according to The Sun. The Magpies boss...
Read more