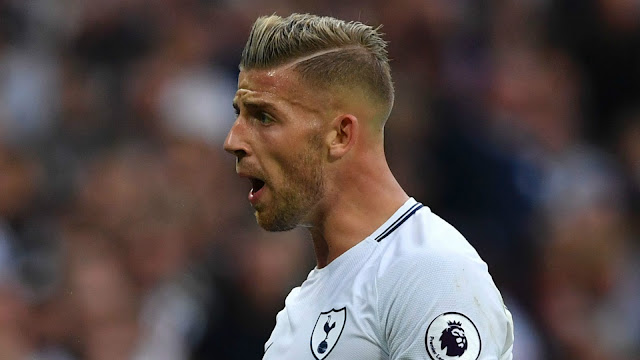 Tottenham Hotspur defender Toby Alderweireld has acknowledged that the club want to win regular pieces of silverware but he is still impressed with the progression made by the team over the past few years. The north London giants bowed out the League Cup and FA Cup within the space of four days and this has left them in danger of another trophyless season, barring an exemplary run in the Champions League.
Speaking to Sky Sports, the Belgium international admitted that the players want to end the club’s decade-long trophy drought, which may not happen during the current campaign. Despite this, the ex-Ajax graduate has taken the positives from the development shown by the side, who are currently on course to finish in the top four for the fourth successive season.
He said:
“We want to win trophies of course. We don’t want to go out in the cup. If you see in the last couple of years how stable we have been to stay in the top four. It’s a big step we took as a team to be there and for the club it’s important to get Champions League football. For young players as well to get that stage… in the last two years we got to the next stage to the next round so it’s not like we’ve had a good season then a bad one.”
Spurs have been hampered by injuries to both Harry Kane and Dele Alli during the current month and this has certainly affected their performances over the past few games. Nonetheless, they have the services of Heung-min Son back after his Asian Cup exploits with South Korea and the 26-year-old should provide the threat upfront alongside Fernando Llorente, who has recently been finding his feet after an extended absence from league duties.
Mauricio Pochettino’s team are currently placed third on the Premier League table and they have a six-point advantage over both Arsenal and Manchester United, who are presently the teams vying to break into the top four and secure Champions League qualification for next season. Spurs are scheduled to face Watford in the midweek league action from the Wembley Stadium.
Previous articleToon in need of help
Next articleHarry Kane provides fresh injury update with rehabilitation pictures on social media