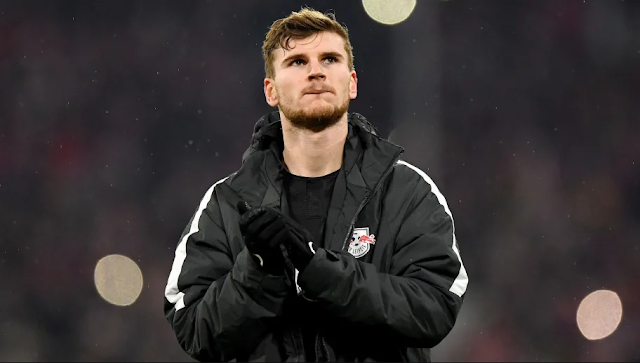 Tottenham Hotspur are reportedly interested in signing RB Leipzig striker Timo Werner according to a report published by German tabloid Bild. With Heung Son-Min currently on international duty in the Asian Cup and Fernando Llorente not a prolific scorer, the Lilywhites lack sufficient support and cover for Harry Kane up front.
Adding a talented new forward in the €65 million rated [Transfer Markt] would certainly help their trophy chances this season.
Werner who is regarded as one of the best up and coming strikers in world football has been in sensational form so far this season. The 22-year-old has so far scored 13 goals in all competitions so far.
In addition to this, the youngster is also versatile as he can operate as both a support and main striker.
However, the report from Bild has added that Leipzig are not looking to sell their prized asset at this point in time.
It is after all certainly understandable when clubs do not want to part ways with their star players especially during mid-season.
However, it is likely by now that the Bundesliga outfit has accepted that they are bound to lose the services of the player at some point in time.
This is a player whom Spurs must push to sign during the summer. He has already showed tremendous potential at a young age and is bound to get better with time. He will be a good partner up front for Kane and will be an upgrade from Llorente.
The sooner Spurs make a move the better as his value will only increase with time.
Previous articleOvie Ejaria reflects on working under Steven Gerrard
Next articleManuel Pellegrini says West Ham United striker is one of the best on his day