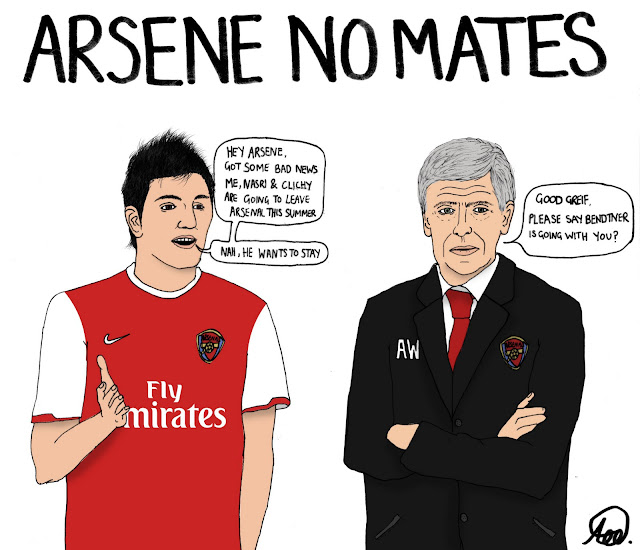 The ongoing trophy drought at Arsenal looks set to cost them dearly in the summer transfer window, as a number of their biggest stars head towards the Emmirates exit door.

The growing disillusionment amongst many of the Arsenal players has led to talk of a ‘mass exodus’ at the club, which could be sparked by the departure of captain Cesc Fabregas.

Fabregas is expected to express his desire to leave Arsenal face to face meetings with Arsene Wenger this week, with the 24-year-old eager to finally secure a return to his boyhood club Barcelona.

Gael Clichy has already left Arsenal for Manchester City citing his desire to ‘win things’ as his reason for leaving and recent comments from Samiri Nasri suggest he could soon be leaving for the similar reasons.

Nasri has rejected a £90,000-a-week contract extension at Arsenal and is also expected to be having final showdown talks with Arsene Wenger in which he is expected to formally request to leave the club.

In a recent interview with the News of the World Nasri said ‘The priority is to make a big career and to win titles. This is more important than everything else. With no titles under your belt, you can’t be in the list for the Ballon D’Or.’

‘I came to England to get trophies because I haven’t won anything in my career, apart from an Under-17 European Championship in 2004.’