Throwback 2011: Cesc in the City (of Barcelona) – Fabregas Completes his Dream Move 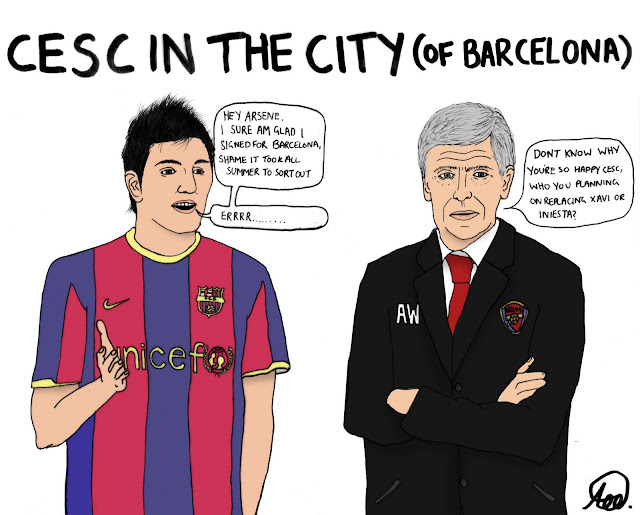 The longest running transfer saga in recent football history was finally brought to an end today as Cesc Fabregas signed a five year deal to return to his boyhood team Barcelona, in a deal potentially worth £35 million to Arsenal.

Fabregas has been handed the number four shirt and is determined to play a part in the Spanish Super Cup match against Real Madrid on Wednesday, but has acknowledged he will have to earn his place in the team.

Speaking to the media after signing the 24 year old said: ‘I come here with great humility because I know I have a lot to learn and I can learn a lot from this coach and this great team.’

‘I know I can enjoy it and make a contribution. I’m going to try very hard to make this team even more competitive and strong.’

‘It’s not my decision whether to play or not. I’m going to work very hard as always and enjoy it. I will give everything to make this club better.’

Fabregas also expressed his gratitude to former manager Arsene Wenger stating that ‘I can’t express my admiration for him strongly enough. If it hadn’t been for him I wouldn’t be here today, living my dream.’