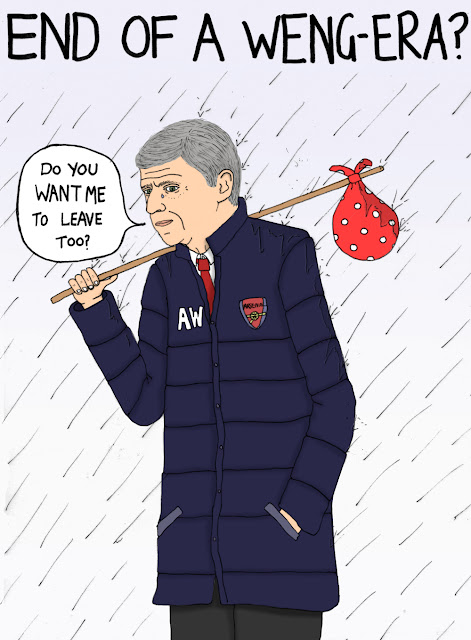 Arsene Wenger admitted last month that Arsenal could ‘no longer be called a big club’ if they were to sell Cesc Fabregas and Samir Nasri.

So following the departure of their two star players and an underwhelming set of results in their opening fixtures it comes as little surprise that the Gunners boss has faced some intense criticism and speculation about his future at the club.

Opinion has been split amongst the fans, with some suggesting that we could be witnessing the end of Wenger’s reign as Arsenal manager.

Speaking after Saturdays defeat against Liverpool Wenger insisted, ‘There is no chance of me walking away.’

‘I won’t quit and I have never considered quitting. My only interest is to work harder to make the right decisions for the club.’

‘People have to trust me. Unfortunately we are living in circumstances where every defeat is an absolute disgrace and an earthquake.’

Are we witnessing the end of a Weng-era?