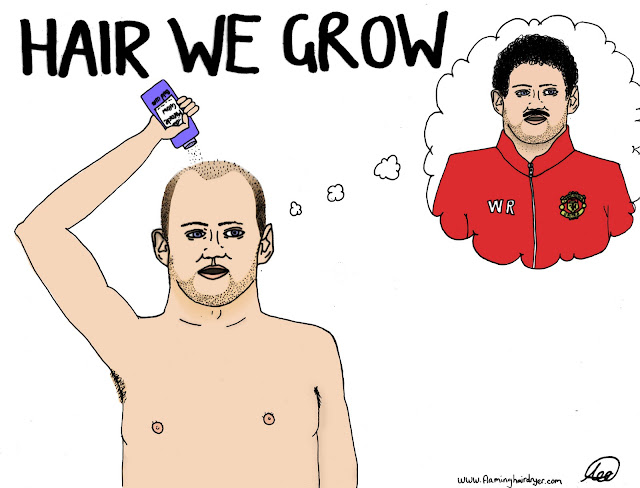 Wayne Rooney’s hair transplant has become one of the top trending topics on twitter following the United star’s confirmation of the news on the social networking site this morning.

‘Just to confirm to all my followers I have had a hair transplant. I was going bald at 25 why not,’ he tweeted.

The England striker said he had his treatment at a hair clinic on London’s famous Harley Street and asked if his followers could try and get #hairwego trending.

Rooney let his followers know that they would be the first to witness his new hair once the swelling has died down and asked for recommendations for some good hair gel.