Throwback 2011: Villas-Boas Selecta – Chelsea Strikers Battle it out for Place in Starting Line-up 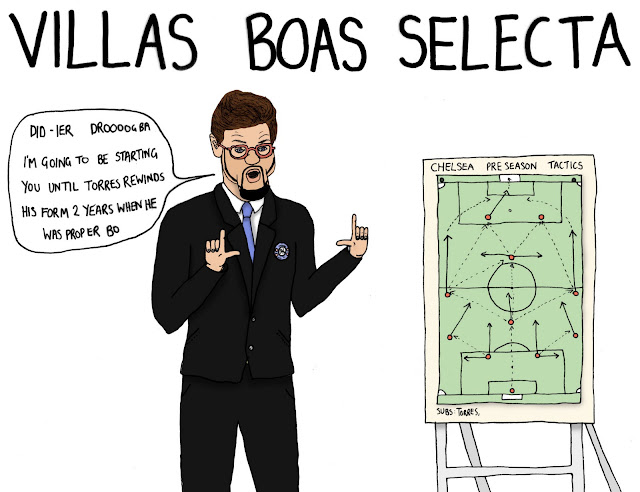 Competition for a place in the Chelsea starting line up promises to be extra fierce this season with strikers Torres, Drogba, Anelka and Sturridge all looking to establish themselves in new manager Andre Villas-Boas’s 4-3-3 formation.

Didier Drogba is not ready to relinquish the leading striker role he has occupied over the last few years despite now being the oldest member of the Chelsea squad and has spoken of how he has seen it all before when it comes to fighting for a place in the starting line up.

‘It has been like this for me all the years I have been at Chelsea,’ said Drogba in a recent interview. ‘It was the same when Eidur Gudjohnsen was here, when Sheva [Andrei Shevchenko] was here.’ When asked if he welcomed competition he replied: ‘yes and no’.

Unwelcome comparisons with Andrei Shevchenko have prompted Fernando Torres to speak out against his detractors, stating his belief that this season will see him return to his best form. In reference to the upcoming season he said ‘I’m 27. I don’t forget to score goals. I will score.’
Daniel Sturridge is also keen to stay at Chelsea and fight for a regular place in the first team rather than go out on loan again and has had an impressive pre-season which he attributes to new boss Villas-Boas.
‘The manager has given me licence to express myself. I have never had that before with any manager,’ Sturridge told The Independent. ‘He has let me off the leash if you like. He has given me a lot more freedom than I have ever had and I will enjoy my football a lot more.’
Previous articleThrowback 2011: Arsene No Mates – Arsenal Manager Faces Summer of Discontent
Next articleThrowback 2011: Cesc in the City (of Barcelona) – Fabregas Completes his Dream Move