Throwback 2011: Will the Wally with the Brolly be Forest Champ or Forest Chump? 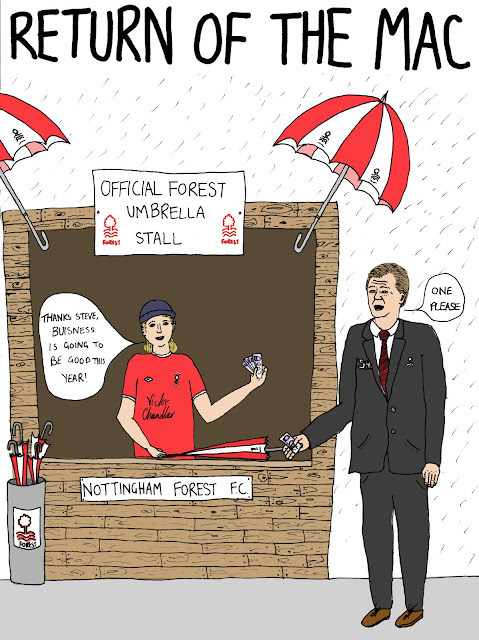 Nottingham Forest have placed their faith in Steve McClaren to guide their side back into the Premier League after a 12 year absence from the top flight.

McClaren has been in exile from English management since his disastrous spell as England manager came to an end in 2007.

After England’s failure to qualify for Euro 2008 McClaren was lovingly dubbed the ‘Wally with the Brolly’ by the national media for making the mistake of holding an umbrella in the Wembley rain.

McClaren has since attempted to rebuild his reputation overseas and achieved success leading FC Twente to their first Dutch title since the 1920s.

However he has struggled to escape the damage done to his managerial credentials by his failings as England manager and this was highlighted when he was sacked just eight months into his tenure at Wolfsburg.

The Wolfsburg fans conducted a ‘brolly protest’ in which hundreds of umbrellas were put up during a game to show their disapproval of the poor results the Yorkshireman achieved with the club.

McClaren has received the full backing from everyone at Nottingham Forest and has been promised the necessary funds to help his bid to win promotion to the Premier League at the first attempt, though it could still pose a major challenge for someone who has never managed a team out of the top division.